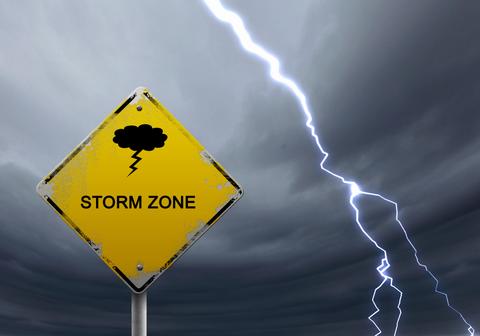 In this section, we will discuss:

storms | Typical, everyday weather is important to watch and fun to keep track of. It is the weather we see most of the time and the type of weather and storms that has the greatest influence on our lives. Some of the real fun of observing weather happens when the weather gets a little bit crazy and even dangerous.

One of the most common types of violent weather is a thunderstorm or electrical storm. Thunderstorms can range in intensity from a really short and intense rain burst with some lightning and thunder to a full blown tornado.

Besides thunder and lightning, one of the defining characteristics of a thunderstorm is its intense winds, especially the vertical winds. A thunderstorm is generated when warm, moist air is blown upward. As the air rises towards the cooler higher altitudes it reaches the dew point and the moisture in the air begins to condense and form snow or raindrops.

As the drops collide and form bigger drops, they begin to fall. As the water drops fall, they will cause a localized cooling effect, which causes even more winds to blow. 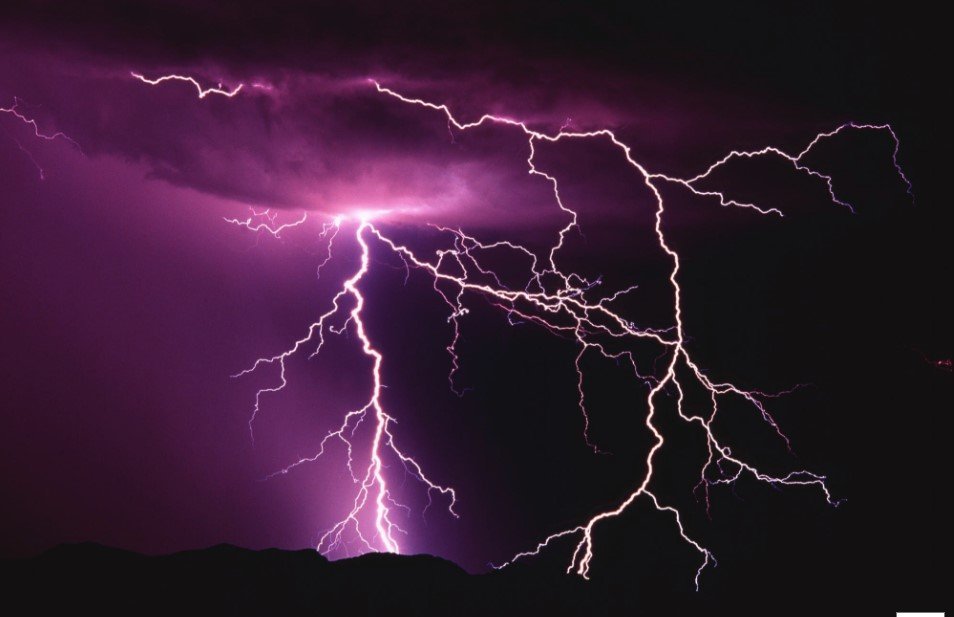 When the different temperature air masses rub against each other they can build a static electrical charge. The molecules of air and water rubbing together set up an electrical imbalance just like when you scuff your stocking feet across a carpet. Usually, the top of the thundercloud is positively charged while the bottom is negatively charged, but sometimes the cloud moving over the ground can give the ground a negative charge.

When the total charge is big enough, the electrical structure of the atoms in the air between the two charges begins to break down or ionize. This ionized air is highly conductive, and what we see as lightning is the plasma energy created when the charge between the positive and negative zones equalizes.

The sudden increase of temperature and pressure along the lightning bolt causes a rapid expansion and contraction of air which we hear as thunder.

The most severe thunderstorms are called supercell thunderstorms, and they occur when the wind changes direction and speed at different heights, and there is a separation between the updraft and downdraft zones. Tornadoes are often associated with supercell storms. 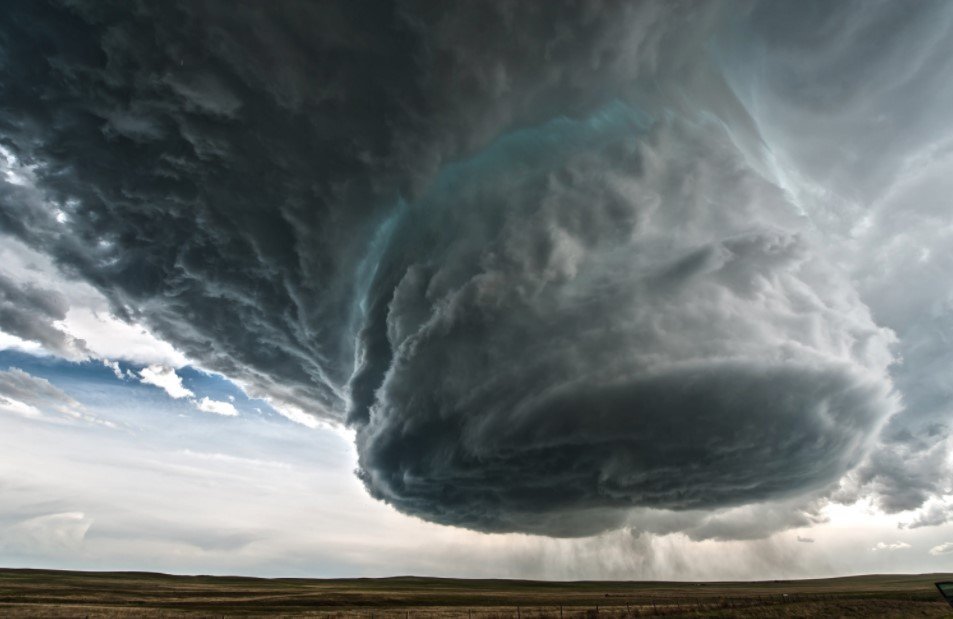 The name tornado comes from the Spanish word for thunderstorm. The funnel cloud of a tornado is formed around a localized low-pressure zone. The condensation of moisture inside the funnel and the dust kicked up by the intense surface winds allow the funnel cloud to be visible.

The winds associated with most tornadoes are below 110 mph and the tornado may travel a few miles before dissipating. A severe tornado may have winds up to 300 mph and travel for dozens of miles.

Here is some interesting Trivia: The first time a Hollywood movie successfully used showed a tornado effect on screen was in The Wizard of Oz (1939). This was decades before digital effects and green screens were even considered, and the science of weather forecasting was still primitive enough that sending a crew out to Kansas in hopes of filming a real tornado was out of the question.

Special Effects director A. Arnold “Buddy” Gillespie attempted to use a water vortex and a rubber cone to fill in for his tornado, but the results were not realistic. Finally, he noticed that the windsock at the local airport was the shape he was looking for. He made a 30′ muslin sock which he hung from a crane over the set.

The bottom of the fabric cone was attached to a car below the stage floor, and compressed air hoses blew dust and wind into it to simulate the debris which swirls around the base of an actual tornado.

The Weather Channel named the tornado scene from The Wizard of Oz in their list of Great Moment in the history of weather. The scene inspired several generations of meteorologists to take up the science.

A hurricane is a type of tropical cyclone and is one of the largest and most intense storms on the planet. Tropical cyclone refers to where the storm forms, and its winds, which circle around a low-pressure center or eye. Cyclones in the Northern hemisphere turn counterclockwise and clockwise in the South. The storms are generally “born” over warm tropical oceans, but rarely within 5° of the equator. 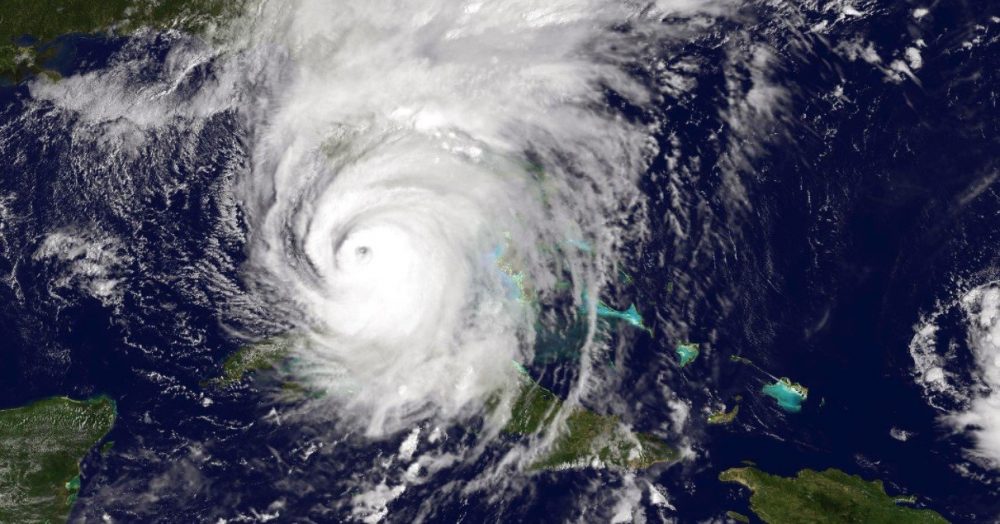 Warm, moist winds blow radially toward the low-pressure area at the center of the storm, feeding it with more and more energy. A hurricane can grow to between 60 and 2,500 miles in diameter.

Hurricanes are such large weather events that they are traditionally given names. Names are generally selected in advance for each season and assigned in alphabetical order. Tropical cyclones which originate in the Atlantic are referred to as hurricanes and those which affect the Western Pacific region are called typhoons.

In case of Hurricanes or other extreme weather events, safety should be your first concern, therefore we recommend to prepare in advance. You could either prepare an emergency kit buying all the items one-by-one or use ready-made kits. Continue to Weather for Kids Chapter 5: Weather and Climate