Read The Wind For The Best Waves For Surfing

The winds themselves are a gift of the ocean, and there are things happening in the middle of the sea which will eventually bless us with the beautiful waves we know at our local break.

In this article, you will learn about reading the wind for the best waves. But first, let’s answer a couple of quick FAQs:

There isn’t a specific answer to this question as it depends on a ton of variants. However, for the purpose of giving you a quick number I’ll give it a go.

In a perfect world, the wind that creates the waves will happen far away, and there’ll be no wind at all once the waves arrive on your beach. But, assuming that perfect scenario doesn’t arrive, an offshore wind of up to ~15mph could make for a great day on the waves. Any more can make it difficult to paddle into waves and generate speed.

How To Measure Wind For The Best Waves

While you can Google for various surf forecasts (which is useful & recommended), you may not get up-to-date and specific information for your location. There will never be a replacement for simply measuring the exact windspeed yourself on the day, with a handheld anemometer. Here are a few popular options to check out from Amazon. 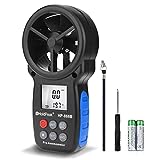 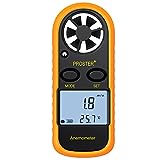 Now that’s out of the way, let’s get back to it: how to read the wind for the best waves.

Wind occurs when warm, low-pressure air rises and cooler, high-pressure air rushes in to take its place. This may occur between warmer and cooler regions across the entire ocean basin, but the effect is also observed closer to shore. As the rocky continental mass of the land is warmed daily by the sun, it heats the air over and around it.

As wind blows over the water, there is friction between the surface and the moving air, which causes the water to ripple. You see the same effect when you blow on your morning cup of coffee to cool it! However, there is a much greater area on the ocean surface, so there is potential to create much more rippling.

These ripples join together to form waves. The waves are further driven by the winds, growing larger the further they travel. This phenomenon is called fetch. Although the waves may be slowed somewhat by friction in the water, they pretty much keep moving until something gets in their way. Like the underwater shore profile at your local break!

How To Find Wind For The Best Waves

Although waves are formed and grow hundreds of miles away, the wind conditions at the beach have a huge impact on the quality of the surf at any given moment.

An on-shore wind, blowing from the ocean towards the beach, tends to push on the back of the wave. This will blow the top off the wave and ruin its shape. What this means is that conditions in the break may seem like the inside of a washing machine.

The opposite effect can occur with an offshore breeze, which blows from the beach towards the sea. Since the wind is blowing on the face of the wave, it helps to shape it into a smooth, beautiful surface which is ideal for surfing.
There are dozens of resources which a surfer can turn to in order to discover the conditions at their favorite break. However, no surf report whether on-line, from the local radio station, or even calling your friend at the shrimp shack is a substitute for actually observing the local conditions in person.

A Wind Meter Will Measure Wind For The Best Waves

Most surfers will take a time to sit and observe a few sets before they commit to getting into the water. Although the human eye will provide a wealth of useful information, some instrumentation can be helpful as well.

A simple portable wind meter will tell you exactly what the wind is doing. Surf reports often give two wind speeds, steady and gusting. Gusting speed is the most important since these intermittent blows, which may be twice the steady wind speed, can destroy ideal surf conditions.

One of the simplest and easy to use portable wind meters is the HOLDPEAK-HP-866B-APP Digital Anemometer, which attaches to your smartphone. The app associated with this device will monitor wind measurement in reall time.  Transfer the data to your phone for instant analysis of wind conditions.  The HOLDPEAK HP-866B-APP Digital Anemometer handheld wind gauge is an exceptionally accurate but rugged wind gauge which is very easy to use. This unit is nearly a full-function weather station which will fit in your pocket.

Summing up… (How to Read the Wind for the Best Waves)