This week we learn from Professor Martin Horejsi more about WeatherHawk myMet digital Wind Meter. myMet is a powerful portable wind meter that measures the local weather conditions and shares the information using your wireless device.

The original article was written by Martin Horejsi, Associate Professor of Instructional Technology at the University of Montana and posted on the blog of National Science Teachers Association (NSTA).

You are checking the wind speed on the Slickrock trail in Moab, Utah. The air was moving at a steady 18 miles per hour. Just enough to make you a little nervous when bicycling along cliff edges. As you can see in the picture, the neck lanyard is being pushed away by the wind. Until another indicator was added, the lanyard was used to position the meter correctly for accurate readings.

Instruments to measure wind speed are just one of the many facets of exploring climate science. Wind or the noticeable natural movement of air is created and changed by many well-known factors including temperature, barometric pressure, landscape, and time of day, among others. 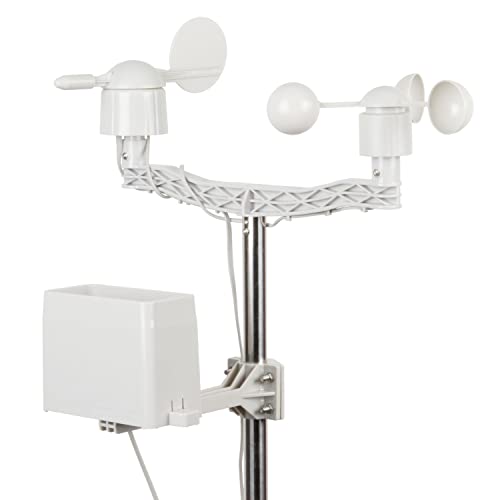 The use of a digital anemometer allows students to put a quantity on wind speed and a compass will provide direction. Add temperature, and you can calculate wind chill. Note the time of day, and you can create a detailed date picture of local air movement. 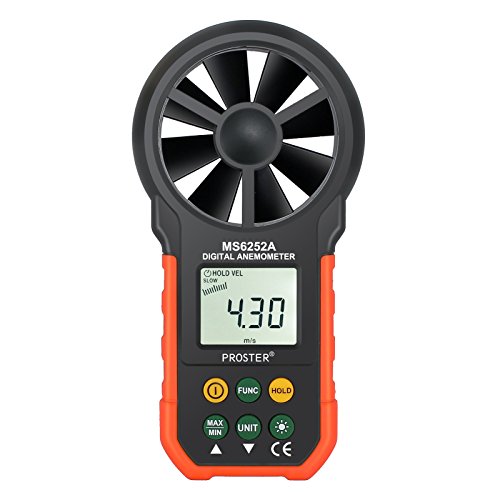 TheWeatherhawk myMET is a powerful portable wind meter to measure wind speed and temperature as both a standalone device and in tandem with a tablet such as the iPad. Alone the myMET wind meter provides wind speed, air temperature, and wind chill. But paired via Bluetooth to a comparable iOS or Android device, the meter’s measurements are recorded on one of three screens as well as a data overlay on a photograph taken by the tablet’s camera. myMET outputs the wind speed in miles per hour or meters per second, and temperature in Fahrenheit or Celsius. Here are some examples:

Average and Maximum wind speed along with a compass using the onboard tablet sensor so there must be alignment between the myMET meter and the tablet.

To assist in keeping the myMET perpendicular to the wind direction, Weatherhawk offers a tripod-mounted weather vane attachment that holds the myMET. For my tests, I used the included lanyard to position the meter, but later added a length of yarn since the meter could drop if the neck strap is not used correctly.

Below are some images where the myMET wind speed meter was tested along with some lessons learned along the way.

In this image, the wind speed is gusting 33 miles an hour. In the background is a semi-truck and trailer that blew over on the interstate highway when the gusts were a little higher just minutes earlier.

Here is a closeup of an accident. It must have been some gust since this northbound truck was mirrored by a complementary southbound vehicle that also blew over just a few hundred meters away. Here is a link to the local news outlet mentioning that there were no severe injuries of anyone involved.

Balanced Rock in Arches National Park is a shocking artifact of erosion. The massive boulder is continuously buffeted by wind on the high desert plain. Using the iPad camera and myMET meter, the image documents both the place and the wind speed.

Wind farms are cropping up where the wind is both steady and directionally consistent. High-speed wind or heavy gusts are not ideal. In the photo, a steady 8 mph wind is spinning the massive turbines just fine. Also, you can see the yarn added to the meter to help keep the meter perpendicular to the wind direction.

With the increased emphasis on green energy, especially wind power, they are being able to collect accurate numbers for air movement both over time and maximum speed the beginning of some great science and discussion. Hearing or reading a wind speed value is a daily occurrence, but understanding what the numbers feel like takes first-hand experience.

This chart shows the miles per hour of wind compared to physical indicators. (Source: UCAR.edu)

While Weatherhawk does offer a padded case for the myMET, I opted for a rugged case that could take rough student handling. The myMET seems quite durable on its own, and the retracting case that protects the moving parts is probably plenty for most uses. Their padded case is a notch above that. And my Outdoor Products hard case (for sunglasses) is yet another notch higher.

A heavy-duty crush-proof case was used to carry the myMET meter.

Back in the classroom, I wondered about using the meter to answer a question I’ve had for a while. What is the wind speed of various sizes and types of fans at different distances? The results will blow you away.

Using the myMet to measure air movement from fans.